The League Championship games are upon us and two of the underdogs managed to push through the first stage. Los Angeles Dodgers lost again and their hunt for the World Series will stretch to at least 31 years. Nationals were too strong on the pitch and Dodgers had no say in the end. The other underdog was not that surprising, as St. Louis Cardinals upended Atlanta Braves in five games. Their pitching was top-notch as well, so in the NL side we are bound to see some excellent throwing of the ball.

In the AL, it went as suspected, although Houston Astros had a scare heading to game five against Tampa Bay. They prevailed in the end, as did the favored New York Yankees against Minnesota Twins, in a series that was done and dusted in three games.

Accuscore’s simulations predicted harder times to the favorites than the oddmakers assessment suggested, although Dodgers falling out this early was a surprise. Houston are still favored, but not quite as much as it looks and there might be some value betting on the underdogs again. Here’s how Accuscore’s simulations predict the League Championship series and the World Series: 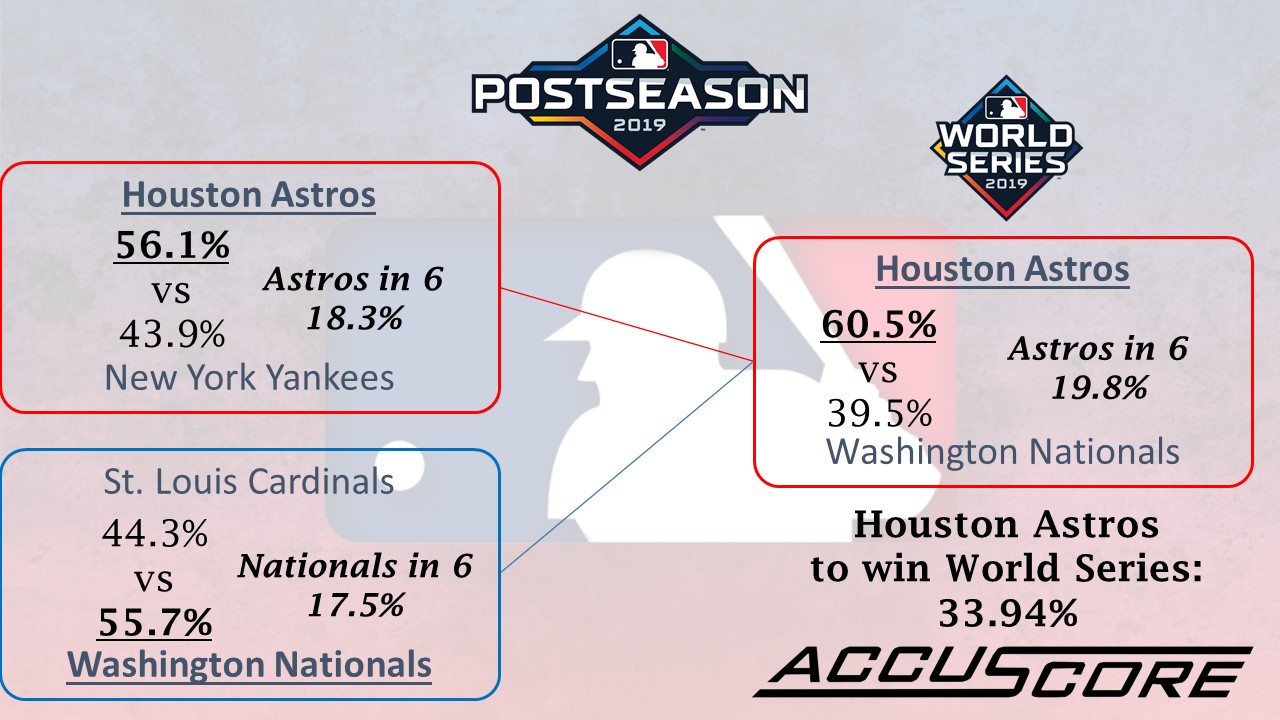