It’s time for the World Cup, and AccuScore’s super computer has run 10,000 simulations for each match to calculate the most likely teams to advance out of the group stages and the team most likely to win the 2014 World Cup (see full bracket below).

According to the computer’s simulations, the four semifinalists in 2014 will be Germany, Netherlands, Argentina and Spain. The computer favors Netherlands to narrowly edge Germany and Spain to knock out the final South American team in the tournament. 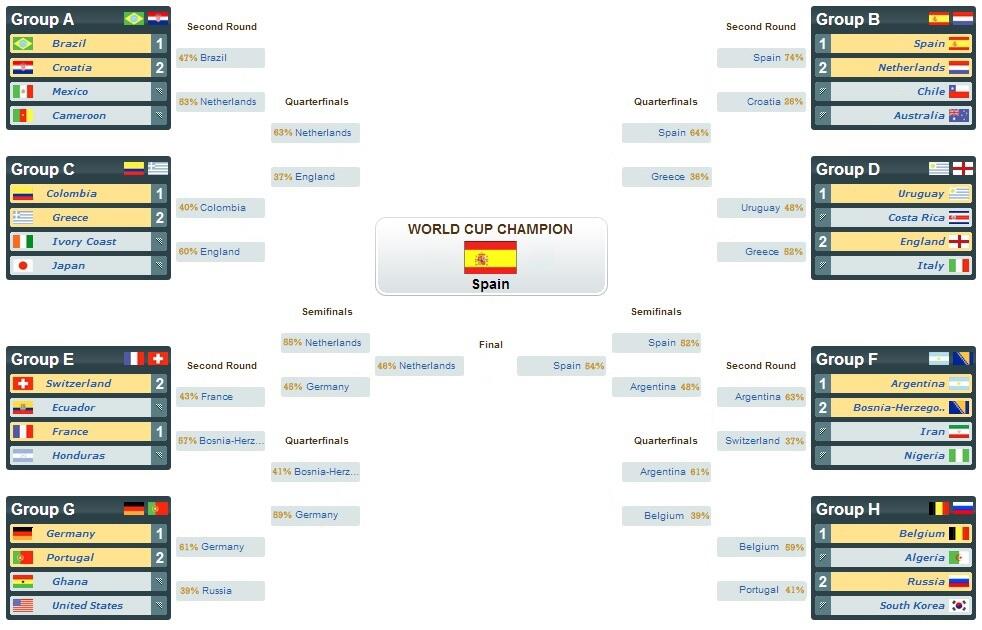 On the other side of the bracket, it’s hard to ever doubt Spain coming through. The Spaniards have won two straight European Championships and are defending World Cup champions. Even if star striker Diego Costa cannot shake off his injury troubles, Spain is stacked with the best midfield in the world—by far. Heck, even Spain’s third-string midfield could probably make a case for best midfield in the competition.

If Spain can finish top of its group, the defending champions would expect to waltz past Croatia and Greece into a difficult semifinals against Lionel Messi and Argentina. Argentina is one of the favorites considering the location of the tournament, but AccuScore gives the Spanish side a narrow 52-48 edge over Messi’s men.

In the final, Spain’s probability of beating Netherlands is not overwhelming. A 54-46 edge is hardly convincing, but Spain would gladly take those odds entering the tournament.

AccuScore is picking winners for every game in the tournament with player projections like the one you see below. See AccuScore’s star-rated Expert picks for the 2014 World Cup . 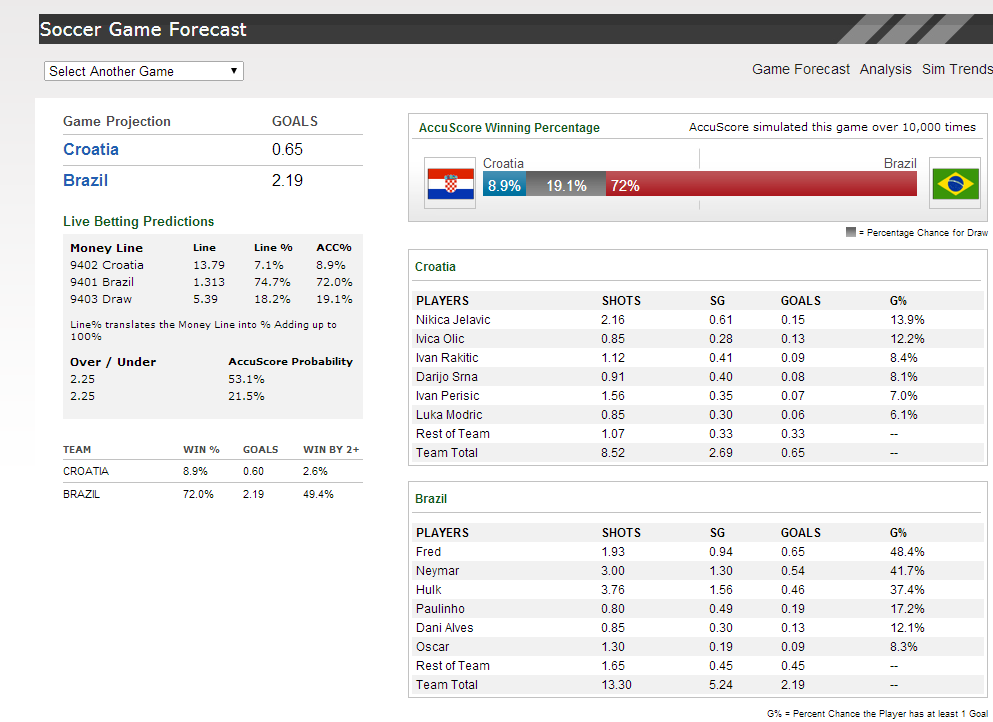