No change in KHL favorites

Accuscore's great run in ice hockey continues, as the final duo of KHL is exactly the same as it has been all season in Accuscore's predictions: Metallurg Magnitogorsk and SKA St. Petersburg.

Neither of the teams lost a single game in their respective conference finals, with SKA beating Lokomotiv Yaroslavl and Metallurg ousting Ak Bars Kazan. Both finalists have only lost one game in their playoff-run, so there's definitely no doubt we have two of the best teams of the league playing for Gagarin Cup.

Being undoubtedly the best teams this season, both finalists also boast massive amount of talent especially in the attack and in Accuscore's KHL-predictions we expect plenty of scoring. Both teams are excellent on man advantage and can produce goals out of nowhere.

The simulations indicate the star studded team from St. Petersburg to be quite clear favorites, but the reigning champions from Magnitogorsk of course have their say. 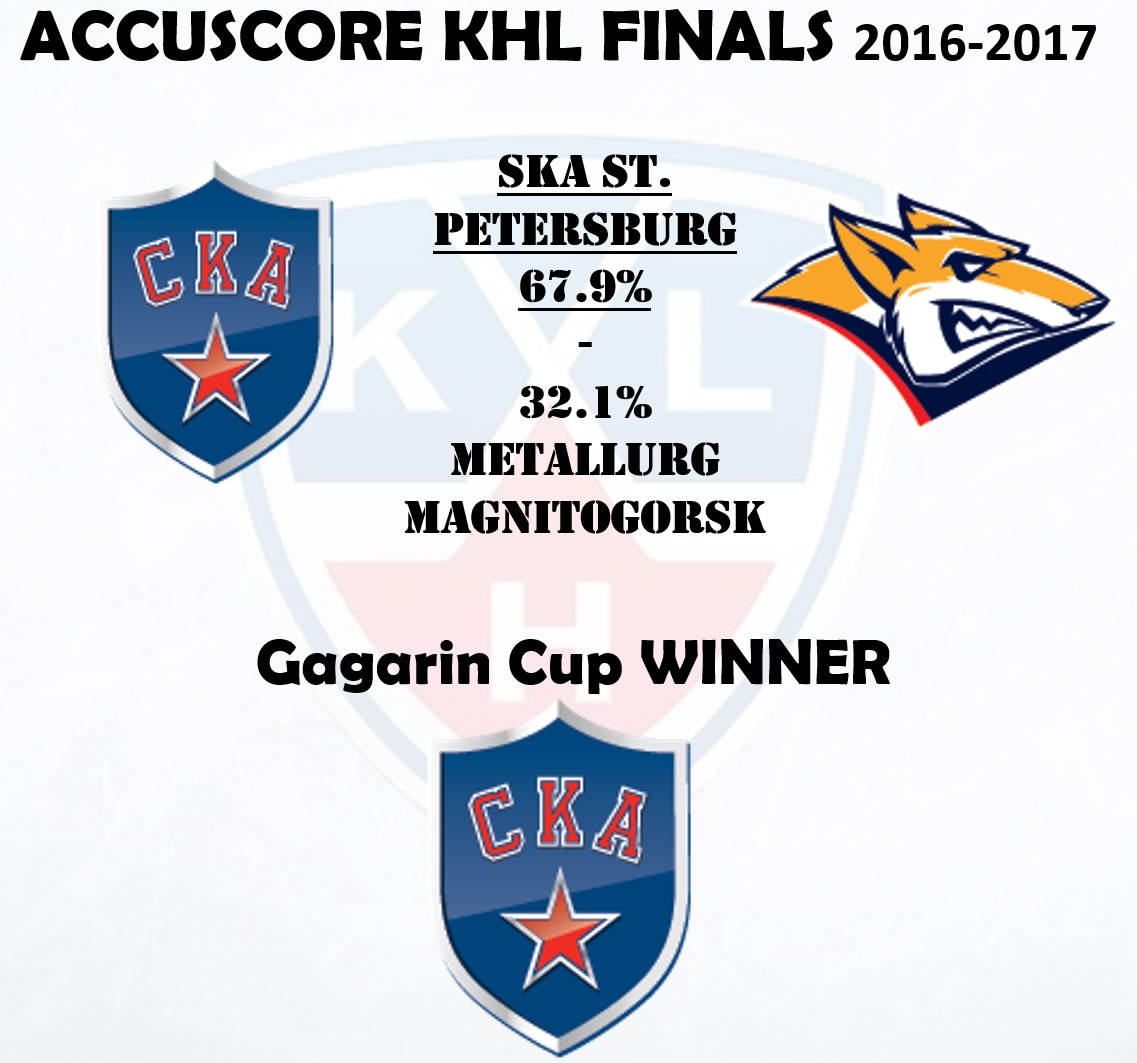